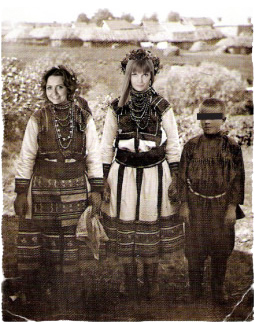 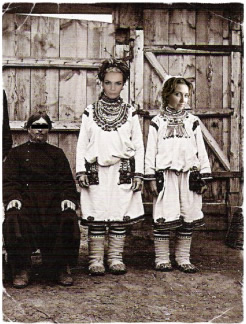 Translated from Mordvin "oyme" is a soul.

Music of OYME is like a soul, it's multifaceted and contradictory. Oyme's repertoire consists of traditional songs and laments in the Mordvin languages: Erzya, Moksha and Shoksha. Modern progressive sound envelops Mordvin folklore thin and transparently like a fog, which is like an exhalation of the earth covering fields at dawn. At the core of the band's music is a rare authentic Mordvinian polyphony - the "heart" of OYME. Electronic sounds underscore the uniqueness and sincerity of the "heart", revealing integrity and spiritual richness of Mordvin people (ethnos) to the world.

Several years ago, Ogarev MSU students, Ezhevika and Anna Panisheva, tenderly and carefully studying the culture of the ancestors, were acquainted with each other by Vladimir Romashkin, the head of the famous Mordvinian band "Toorama". Although the girls still were going their separate ways, the idea of creative cohesion is in the air from that moment. That's why in 2009, easily and almost spontaneously arose "OYME" project, which consists of: